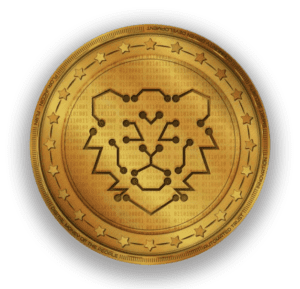 The Florijncoin | FLRN White Pay Paper is a dynamic document

The Florijncoin | FLRN White Paper discusses a peer-to-peer electronic cash system. In this, it notes explicitly that purely peer-to-peer Electronic Cash allows online payments to be sent without going through a financial institution. For this to be true, IP to IP connectivity needs to exist. For example, Ann gives a transaction to Ben. Ben may settle this using the node network. The node network does not verify in the way that people think. Rather, the node network is designed as a double-spending check. Bob uses this network to validate the transaction and check that it hasn’t been seen before.

Florijncoin ticker FLRN is analogous in many ways to old systems. The exchange of value is done in the same way as a negotiable instrument or cheque. The ledger is analogous to a paper-based accounting being managed by a large number of accountants. This double entry book is extended with digital signatures. However, as with paper ledgers, errors can be corrected. This is an expensive process, and very few people will engage in correcting information unless the value is significant.

This is why the cost of mediation remains low. The cost of fixing an error is likely to be in the order of tens of thousands of pounds. Consequently, nobody will argue about the cost of a coffee or even a meal at a restaurant. As a result, completely non-reversible transactions are possible at a low level of value. For this reason, the minimum practical transaction size can be incredibly small. In fact, transactions can be as low as 1 cent FLRN.

Further, using a payment channel, such as Florijncoin can be easily done by downloading an App as ELLIPAL in the Apple or Google Play Store see also www.ellipal.com or using a wallet at one of the third-party exchanges that are listed on the coin market cap (CMC) www.coinmarketcap.com This only works through a peer-to-peer or direct IP to IP mechanism. With a super-fast payment and receive ability can you do a transaction for a cent cost, and use it also for websites, webshops, social media platforms, and for NFT’s quick and secure exchange of value without requiring a third-party/bank.

Florijncoin ticker FLRN will only be available in third-party wallets and exchanges where they check for anti-money laundering (AML) and do a know your customer (KYC) check-up. In this, Florijncoin retains its ability as digital cash. If a merchant is given more than €12.500,- per transaction, all KYC information must be noted and exchanged, and or kept. There is no such thing as decentralized governance in the Blockchain. Every system has an issuer. Every system is controlled. Florijncoin minimized some of these functions in the Florijncoin Blockchain by setting the protocol in stone. That is, by not allowing any changes to the transaction format to remove the ability for developers and others to interact with the system. The governance of Florijncoin |FLRN is centralised

Florijncoin ticker FLRN facilitates global payments. As a digital cash system, it does not bank the unbanked but rather gives them access to money that they can exchange globally without a bank. So, while bitcoin is not a banking solution, it provides something new. This is something that has never been seen before. Moreover, with the ability to control the distribution of digital money over large distances, many aspects of banking are not required. Florijncoin does not give loans or credit, information that facilitates identity management, and many of the problems suffered by the poor can be solved.

This is the purpose of the Florijncoin ticker FLRN as digital money. It is not merely a speculative asset. It is not designed for money laundering. In fact, the ledger in Florijncoin core provides always a permanent record of all transactions via the block explorer see http://inspector.flrn.pro:8080/. This is one of the aspects of Florijncoin that many people seek as peer-to-peer electronic money/cash.

Join Florijncoin now see and Do Your Own Research Due Diligence #DYOR, www.florijncoin.com

The Whitepaper is available at:
https://www.florijncoin.com/wp-content/uploads/2021/12/FLORIJNCOIN-Whitepaper-15-Dec-2119.docx

Abstract. A purely peer-to-peer version of electronic cash would allow online payments to be sent and received directly from one party to another party, without the burdens of going through a financial institution. Digital signatures provide part of the solution, but the main benefits are lost if a trusted party is still required to prevent double-spending. We propose using a peer-to-peer network. The network timestamps transactions by hashing them into an ongoing chain of hash-based proof-of-work forming a record that cannot be changed without redoing the proof-of-work. The longest chain not only serves as proof of the sequence of events witnessed but proof that it came to form the pool of Asic power. As long as honest nodes control the most Asic power on the network, they can generate the longest chain and outpace any attackers together with the Florijncoin master nodes. The X11 algorithm network itself requires minimal structure. Messages are broadcasted on a best effort basis and nodes can leave and rejoin the network at will, accepting the proof-of-work chain as proof of what happened while they were gone.

Development team Florijncoin ticker (FLRN)
Listed in the third-party mobile and cold wallet see www.ellipal.com and download the mobile wallet for free in the Apple or Google Play Store. After downloading at coin (FLRN).

Florijncoin | FLRN is meant to be a private and secure cryptocurrency that can be transferred quickly and easily. Florijncoin | FLRN has a consensus system that is a hybrid of POW and POS so it still has miners and master nodes maintaining the network. What will Florijncoi do with the coin that they sell on the exchanges? Florijncoin will invest in a bigger development team, the building of its own smart contract system on the X11 algorithmic blockchain. building an own Florijncoin mobile wallet, investing in a better website and in more marketing, paying development for their made and achieved efforts, and listing on more en more exchanges and wallets. More partnerships, Investing in people who can do our networking and social media sharing. We have things enough to evolve the payment coin and X11 Florijncoin blockchain globally! Join us!

What is FinTech? How does it change the financial world and what does it mean for you as an entrepreneur? Together with Florijncoin | FLRN, you are ready for the future of superfast global payments, The price of one FLRN you can see on the coin market ca when listed and we have 620.000.000 max coins in the genesis-block, and on the block explorer, you can see the mined coins by coin supply. and FLRN is built on the X11 algorithm same as Dash!

We are of course always obliged to hand over your data to the competent authorities in the event of fraud or criminal behavior, and/or in the event of an investigation by the police, judicial authorities, tax authorities, etc. We will also be obliged to always report all illegal activities, such as offering us ” dirty money for money laundering”, to the relevant authorities. Security and better financial services are what we stand for. Florijncoin | FLRN will be only for sale at the listed regulated Coin Market Cap Exchanges (CMC) where it will get its first and real trading value by supply and demand on these exchanges, that will also do the KYC & AML check-ups with you when you open a trading account at those exchanges, you are only allowed to buy a maximum that is given to you on the exchange conditions!

For information email to our development Vincent van Lien and John Brekelmans:  https://www.florijncoin.com/support-development/

DISCLAIMER: Fiat & Cryptocurrencies can be very volatile. The investment values do fluctuate, based on the coin market value. Prices can go up and down. The value is pending on the actual demand of the fiat valuta or the cryptocurrency. The actual purchase and sales of the coin on the Coin Market Cap (CMC) exchange do determine the actual price daily price. In case more coins are sold and kept the higher the price, they will rise on the coin market cap (CMC) price, and in case more coins are sold the price will go down. The past is never a guarantee of any future development. No promises no guarantee. This is not financial advice! We are not financial advisors. We are not your financial advisors. Use your money first for your daily livelihood. This is not investors’ advice. Make a free-willed decision based on education and your own due diligence. Cryptocurrencies and some fiat currencies can behave very volatile. Please always do consult professional advice and ask for second opinions.

Is Cryptocurrency regulated by the FCA?
Speculative crypto tokens are not regulated by the FCA and consumers are not covered or protected by the Financial Services Compensation Scheme in the event of losses. Florijncoin ticker FLRN can only be brought to the regulated exchanges where you need to open an account and do you know your Customer (KYC) and Anti-money laundering (AML procedure with name, address, city, phone number, email, selfie, id card, and proof of residence! We do NOT sell any coins via our website, or neither via our company! We don’t sell any coins we are only developers of the blockchain and coins you can only buy on the listed third-party exchanges and store in a third party wallet like EILIPAL see Apple or Google Playstore.