How to set up a Florijncoin mastenode when we are listed at the third party Coin Market Cap (CMC ) exchanges;

Florijncoin ticker name FLRN is best known as the cryptocurrency with a focus on user-friendly payments and savings with a super-fast transaction speed. What many people do not know is that these features are implemented on top of a network of dedicated servers known as masternodes, which gives rise to many exciting features not available on conventional X11 algorithm blockchain. These features include instant and private transactions, as well as governance of the development of the FLRN network through a monthly budget and voting. This in itself is a first in the crypto world, and the masternodes are necessary to achieve the privacy and speed that FLRN offers. This documentation focuses on understanding the services masternodes provide to the X11 Asic FLRN network, but also includes guides on how to run a masternode, using either a hosting provider or by setting up and maintaining your own hosting solution. The primary requirement to run a masternode on the X11 Asic FLRN network is a stake of 10.1000 FLRN. This is known as the collateral, and cannot be spent without interrupting operation of the masternode, therefor it need to be staked at all times or your FLRN masternode will not work anymore. The second requirement is the actual server running the FLRN X11 masternode software. #FLRNNODE

Simply put, a masternode is a server with a full copy of the Florijncoin X11 blockchain, which guarantees a certain minimum level of performance and functionality to perform certain tasks related to block validation, as well as PrivateSend and InstantSend, as the privacy and instant transaction features in Dash are called. The masternodes are paid for this service, using a concept known as Proof of Service. This is in addition to the Proof of Work done by miners to secure the blockchain. Masternodes are also allowed to vote on governance and funding proposals, with each masternode receiving one vote (yes/no/abstain) on each proposal submitted to the system. Anyone can run a masternode. The objective is to have enough decentralization to ensure that no single person controls a significant fraction of the masternodes. However, to avoid bloating the network with unnecessary masternodes or encouraging reckless operators, there is one condition that needs to be fulfilled: proof of ownership of 10.100 FLRN. The coins don’t need to be in the masternode, but they need to be kept in a certain way that is transparent to the entire network. If the owner moves or spends those coins, the masternode stops working and payment ceases.

Masternodes are paid by the network for the PrivateSend, InstantSend and governance services they provide. 45% of the block reward is paid out to the masternodes, 45% to miners and 10% to the budget. In practice, half of the reward from a normal block goes to the miner and half to the masternode. Then, every 16,616 blocks (approximately 30.29 days), a superblock is created that contains the entire 10% payout to the budget proposal winners. Masternodes are selected for payment in each block (approximately every 2.6 minutes) from a deterministic masternode list, and moved to the back of the list after payment. As more masternodes are created, the duration between payments increases. If the collateral behind a masternode is spent, or if a masternode stops providing services to the network for more than one hour, it is removed from the list until normal service resumes. In this way, masternodes are given incentive to provide efficient and reliable services to the network. Having so many servers holding a full copy of the blockchain and working for the coin can be extremely useful. Thanks to the reward system, there is no risk of not having enough masternodes, and the developers can rely on them quickly deploying any new decentralized feature they want to implement. This is where the true strength of FLRN lies in an incentivized system of thousands (maximum 5.000 Masternodes) of distributed servers working 24×7 means thatFLRN can scale more efficiently and deploy services more quickly than a blockchain run entirely by unpaid volunteers. The more masternodes, the better and safer the FLRN network.

FLRN, like Bitcoin and most other cryptocurrencies, is based on a decentralized ledger of all transactions, known as a blockchain. This blockchain is secured through a consensus mechanism; in the case of both FLRN and Bitcoin, the consensus mechanism is Proof of Work (PoW). miners attempt to solve difficult problems with specialized computers, and when they solve the problem, they receive the right to add a new block to the blockchain. If all the other people running the software agree that the problem was solved correctly, the block is added to the blockchain and the miner is rewarded.  FLRN works a little differently from Bitcoin, however, because it has a two-tier network. The second tier is powered by masternodes (Full Nodes), which enable financial privacy (PrivateSend), instant transactions (InstantSend), and the decentralized governance and budget system. Because this second tier is so important, masternodes are also rewarded when miners discover new blocks. The breakdown is as follows: 45% of the block reward goes to the miner, 45% goes to masternodes, and 10% is reserved for the budget system (created by superblocks every month). The masternode system is referred to as Proof of Service (PoSe), since the masternodes provide crucial services to the network. In fact, the entire network is overseen by the masternodes, which have the power to reject improperly formed blocks from miners. If a miner tried to take the entire block reward for themselves or tried to run an old version of the FLRN software, the masternode network would orphan that block, and it would not be added to the blockchain.  In short, miners power the first tier, which is the basic sending and receiving of funds and prevention of doublespending. Masternodes power the second tier, which provide the added features that make Dash different from other cryptocurrencies. Masternodes do not mine, and mining computers cannot serve as masternodes. Additionally, each masternode is “secured” by 10.100 FLRN. Those FLRN remain under the sole control of their owner at all times, and can still be freely spent. The funds are not locked in any way. However, if the funds are moved or spent, the associated masternode will go offline and stop receiving rewards.

Masternode payments in FLRN version V0.15 are entirely deterministic and based on a simple list sort algorithm.

Each masternode in the set of valid masternodes, identified by its registration transaction ID, is associated with the block at which it was last paid. If it has never received payment or was banned for failing to meet the PoSe requirements, then the block at which it was first registered or at which service was restored is used instead. The list is sorted in ascending order by this block height and ProRegTx hash (as a tie breaker in case two masternodes were registered in the same block), and the first entry is selected for payment.

In past versions of FLRN, quorums of 10 masternodes were formed spontaneously to lock InstantSend transactions. As of FLRN 0.14, quorums are deterministically formed, contain more masternodes and remain alive for a longer period of time. While they remain responsible for InstantSend transactions, the locking mechanism has changed to automatically attempt locks on most network transactions according to the requirements described.  FLRN Masternodes are now also responsible for more network consensus functions, such as chainlocks. FLRN Masternode quorums are formed through a process of Failure to participate in DKG will eventually result in a PoSe ban as described above..

In addition to the 10.100 FLRN held in collateral, masternodes also have minimum hardware requirements. For FLRN versions V0.15 and higher,

Your own private or Business Hosted masternode;

Since operating your own private FLRN Masternode server requires a payment of 1.250,- euro included 21% tax and transport costs or Florijncoin IT and blockchains specialist will install a special Linux server operating system on a kind of minicomputer that we will send to your home and will run on your own IP address. After installing our FLRN X11 software the FLRN X11 masternode will run directly and starting to make some FLRN every day. Taking advantage of these IT and Blockchain services means the user only needs to provide the masternode collateral and pay the cost for the minicomputer and the IT and blockchain installment, you will not have to pay any hosting fee in order to receive payment from the block reward. All the income that the masternode will made will be automatically diverted to your ELLIPAL mobile wallet as masternode fee, that you can trade, send spend and hodl.

When listed you can buy a masternode minicomputer and IT and Blockchain setup in our webshop, for now this option is not yes available!

How to order your own FLRN mastenode minicomputer and IT and Blockchain setup?

Orde your own masternode in the Florijncoin Webshop but first buy at least 10.100 FLRN or more at the third-party Coin Market Cap exchanges to stake in your mastenode wallet! You will need excatly 10.100 FLRN to stake in your ELLIPAL wallet and send them at the installaton of your FLRN masternode minicomputer to your FLRN mastenode wallet. with our it Blockchain team.

See our webshop to buy a Setup and installation;

Download a free mobile wallet in the Apple or Google Play store see and seach for ELLIPAL tyhis will be also the walletadres we will send all the FLRN to that your masternode made every day for helping us with all the blockchain, transactions. 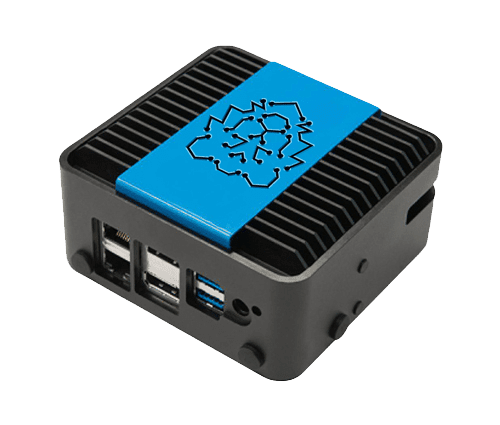