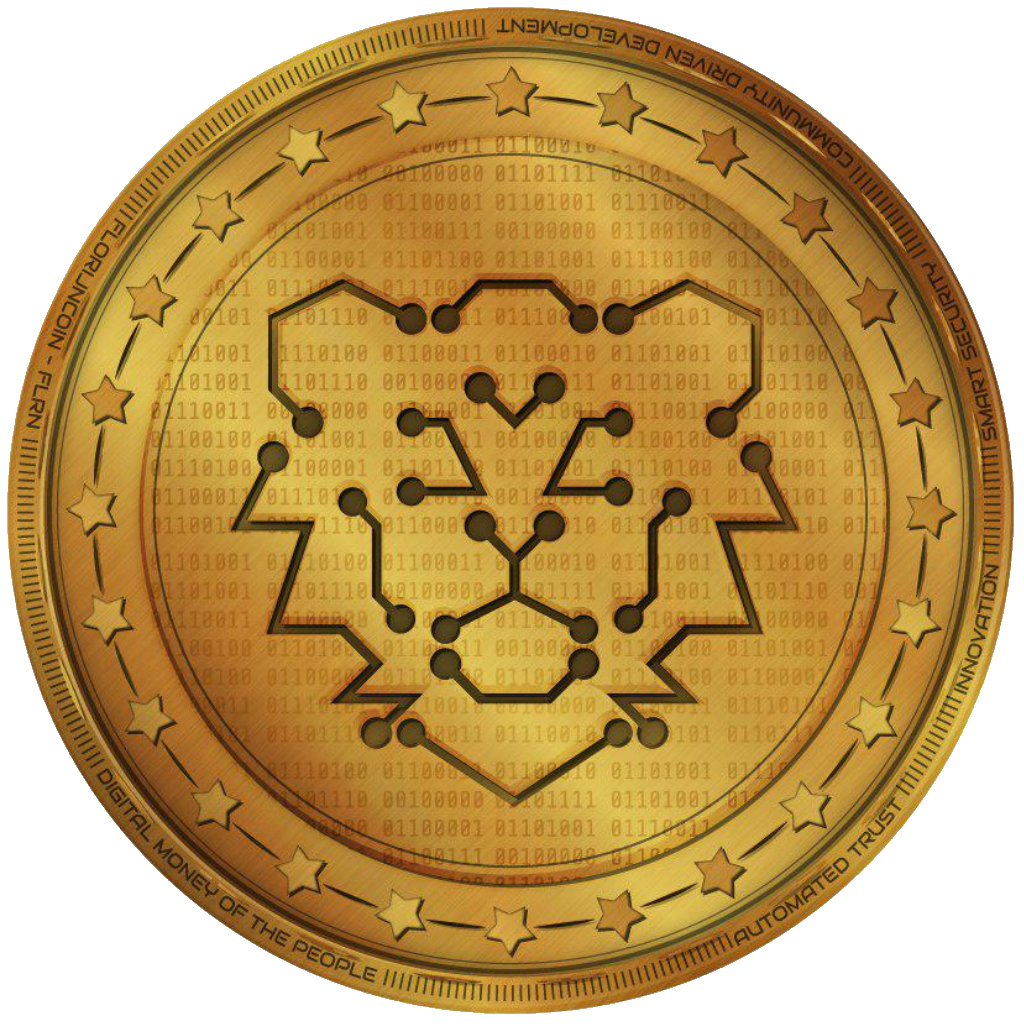 The content on this website, its white paper, and other related documents is to inform you of a concept and a general plan, of where we’d like to progress now. The timeline reflects the ideal situation, but it’s never a guarantee, that we can set things up at the right time, where a general risk applies, like having setbacks during development, financial hurdles, technical or new government regulations or licenses, or other problems which cannot be foreseen at the time of building and [promoting before we are listed at the third-party exchanges and on the coin market cap (CMC). Florijncoin always looks for improvement, please let us know if you’d want something improved. That is the reason why the content in this white paper is subject to change all the time, as we work on a community-driven approach. Florijncoin and this document in no way constitute an offer for solicitation to sell shares or securities in Florijncoin or any other related company we are only a payment and savings coin. This document is not intended to inform you of any investment decision you may make and we will not give any financial or investment advice, or recommendations, if you join Florijncoin you only do this of your own free will and know that there is not yet any value of the Florijncoin for the coin and Mining pool and master nodes before we are listed at least on two Coin Market Cap (CMC) exchanges. Florijncoin produces an open blockchain with the same name. The Florijncoin blockchain can be operated by anyone who wants to. When someone wants to buy Florijncoin tokens, we advise them to seek advice from legal, financial, fiscal, investment professionals and other advisors to help them decide if it’s a smart move to buy Florijncoin tokens because when listed at the third-party Coin Market Cap Exchanges you’re the only one that takes the risk of buying Florijncoin at the Exchanges we. will never guarantee them you only can buy, sell, trade, or hold them at the exchanges and hold them in your free-to-download ELLIPAL wallet. Florijncoin accepts no liability for any capital loss caused by information on this website, its white paper, and other related documents or mining pools or master noding. Florijncoin is aware of the value of data for its users. In order to follow the rules in the current system we know as the European Union, Florijncoin will conduct the correct legal laws and requirements regarding KYC / AML and will strive to maintain the values ​​of transparency and fairness. Florijncoin will also comply with the AVG & GDPR regulations in which areas this also applies.

The community-driven approach Florijncoin initiates makes it so that it’s targeted towards a sharing and open online community, which will generally improve Europe (their home) on a micro-level. This means that all development is built democratically. Technical developments named in this document: Florijncoin ticker name: (FLRN), Florijncoin Mining FLRN, Florijncoin Masternodes, and the ELLIPAL wallet with FLRN are in development all the time and they will be for the coming years. This website, its white paper, and other related documents propose to be developed concepts.. This is to be seen as a business risk applicable to any startup and cannot be redeemed. Therefore, Florijncoin will not give any guarantees or warranties about the work, profits, and all technical details that can be given by Florijncoin during development unless otherwise stated. The Florijncoin team will work closely communicating with the Florijncoin community regarding seeing our link in the header of the website Social Media. Florijncoin stands for open trade across Europe and also in Florijncoin (FLRN) being said, Florijncoin gives no guarantees about the FLRN value and performance of the Florijncoin (FLRN). Florijncoin acts independently as a part of Ecrypty Group B.V. and all participants in the sale of Florijncoin at the third-party exchanges are expected to act independently as well. The Florijncoin team does not give any advice to any possible participant or member of the Florijncoin community to determine for themselves what potential and yield they feel the Florijncoin (FLRN) will produce at the Third-party (CMC) exchanges. Users need to be 18 years of age or older to buy and sell on the Third Party (CMC) Exchanges. Florijncoin or the team or website manager or the promotors can never be responsible for any liabilities or for the loss of your money or coins because we don’t sell and we don’t hold you Florijncoins. The Florijncoin website and information are available to most people globally it is your own risk and your own due diligence to buy at the third-party exchanges we are no part of that. Owning Florijncoin is not restricted to borders. Florijncoin can be traded globally, but can only be traded on the Third-Party Coin Market Cap exchanges. Florijncoin is a cryptocurrency. This means that it’s not backed either supported or acknowledged as a currency by governments or banks. The Florijncoin blockchain is created by an independent company (Ecrypty Group B.V.) but has its own living span outside this company. That’s why you only can buy, sell, trade, and hold at the Third Party Exchanges. Florijncoin can give all people in Europe a second payment and savings and hold a platform with you can pay and save virus (COVID-19) free, that’s why Florijncoin is built. Florijncoin is not here to ‘destroy the banks or governments or the European Union etc., Florijncoin would rather redefine the payment and savings system.  Though Brussels might be criticized by members of the Florijncoin Community, Florijncoin means to offer another currency solution for Europe, where many Europeans have had no real choice in the last decades. The European Union may also make a central banking coin in the future that maybe can be easily exchanged with all cryptocurrencies at third-party exchanges. Unifying Europe in some ways could be soon possible, as long as we can build and focus on the benefits it will have for the people of the European continent.

What are the risks of investing in virtual currencies?

More and more consumers are interested in investing in virtual currencies, partly because of the spectacular returns. Virtual currency (also known as cryptocurrency) can be described as a means of payment that is not checked and not issued or guaranteed by a central bank. Bitcoin and Ethereum are well-known examples, but there are also more than hundreds of different virtual cryptocurrencies. Buying is only at your own risk and must never be done with your last money or money that you cannot afford to lose! Risk warning: Cryptocurrency investment is subject to high market risk. Please make your investments cautiously.

Due to the recent increase in popularity and explosive price increases, these currencies show similarities with a financial bubble. With a bubble, the prices can rise for a long time, but a small event, such as a negative news item, can suddenly make it burst. Realize that the prices can collapse unexpectedly and quickly, you only can buy, save, sell, and trade cryptocurrencies on the third-party exchanges that are listed on the coin market cap, con gecko, and coin paprika exchanges.

In addition to the risk of forming a bubble, the AFM also points out other risks when investing in virtual currencies: Virtual currency currently falls outside the supervision of the AFM and DNB. The rates of virtual currencies can fluctuate dozens or even hundreds of percent per day. In addition, there is a real risk that the value of the virtual currency may permanently fall to zero, and then you have lost your money. Virtual currencies are vulnerable to cybercrime. It is possible that others get access to your wallet through a hack, which means you can lose your virtual currency. If you lose the password from your digital wallet, it is no longer accessible in any way. This means that you have lost your investment forever. Many virtual currencies have little trade. This makes them vulnerable to price manipulation, for example by artificially inflating the price. The large increase in popularity can attract providers with fraudulent intentions. For example, you can become a victim of a pyramid scheme with virtual currency. This allows you to lose your invested money. The AFM advises consumers who want to invest in virtual currencies in order to immerse themselves well in the product. Be aware of the risks and costs, spread your investments, and never invest more money than you can miss. The FCA is committed to fair and transparent financial markets. Exchanges must be regulated and licensed by a coin developer they will only bring a product to the market to buy, save, and sell on the third-party exchanges. As an independent supervisory supervisors, we contribute to sustainable financial well-being in the Netherlands and Europe. All content set out within this website, its white paper and other related documents are subject to change all the time because of regulations and licenses, etc.

Florijncoin team. goes bankrupt, there would be no one left to pay for the servers at Microsoft Azur, and this blockchain, like all other blockchains, runs the risk of everything going completely offline and making the blockchain closed.. A coin owned by a privately held company is therefore always partly centralized. If the team of  Florijncoin ticker FLRN, goes bankrupt, the curator or court can decide that someone else continues to pay for the server and transfers and development or can order to sell the company including the Blockchain to a new business owner, so the blockchain can stay online! The community can also donate all kinds of crypto to help the team with future developments and server costs. Want to help mail info@florijncoin.com

Florijncoin ticker FLRN has ZERO value until it’s listed on a third-party exchange that is also listed on the coin market cap (CMC) www.coinmarketcap.com listing is only possible if the development team approves and guarantees that the blockchain and pool, master nodes, and wallets are 100% safe to list at the third party exchanges and development has round up all development for a listing procedure!

NOTE you can only buy Florijncoin | FLRN at the listed Third-Party Exchanges and not from our team, we are only developers and don’t sell any coins to you!

NOTE:  Crypto is constantly subject to change and amendment of the law, so we are always entitled to adjust our company rules where necessary without prior notice.

Always do your own due diligence and remember we are only a fintech builder, buying, selling, and saving cryptocurrency are only possible regulations at the third-party exchanges and wallet providers, they all are regulated and licensed for cryptocurrency transactions. See also the disclaimer on our Florijncoin website and Florijncoin mining pool, before you start mining or running a master node..

NOTE: During and conform to all new 2021 crypto regulations and other countries, Florijncoin will never buy or sell Florijncoin from or to you, you can only buy and sell at the third-party regulated exchanges. Also mining and running a master node is always at your own risk. For more info contact our pool master or development at email: info@florijncoin.com

Liability, Our website has been compiled with great care. Nevertheless, no guarantees can be given with regard to the completeness, correctness, or topicality of the information on this site.  Florijncoin cannot be held liable for the content of this information or for the consequences of its use. No rights can therefore be derived from the data as shown on this site. Copyright, No part of this website may be reproduced or used without the written and prior permission of Florijncoin, other than downloading and viewing it on a single computer and/or printing a single hard copy for personal use, not commercial use.